Catrin Schmitt had to make adjustments in the first years of her life with Yvi, an east German woman she fell in love with six years after the Berlin Wall came down. Catrin, from the west German city of Mainz, had to come to terms with the fact her girlfriend’s uncle had worked for the Stasi, the East German secret police.

She weaned Yvi off cheap sweet wine and other Communist-era habits and taught her to savour elegant dry wines. But today, 20 years after the fall of the Berlin Wall, Catrin, 39, and Yvi, 37, say they’ve grown so similar in their outlooks and habits that they are rarely even aware anymore that they grew up in a divided Germany—one amid the plenty of the democratic west, the other in the Soviet-controlled east.

It’s a transition that has become a common narrative in Germany as the number of mixed east-west relationships grows and the old labels Ossi and Wessi become increasingly irrelevant. “The East and West thing,” said Yvi, a hairdresser who owns her own studio, “it’s just not an issue for us anymore.” Experts agree. Simone Schmollack, a journalist who has written a book on the topic, German-German Relationships, said the number of such couples hasn’t been measured since 1995, when they made up 4% of marriages. She believes there are many more today, and that the numbers just keep going up.

Mixed couples say there is much more that unites them than separates them, otherwise they wouldn’t be together. It might be shared ethics, political views, a love of family or a similar educational background based on Germany classics such as the works of Goethe and Schiller, which were read on both sides of the border.

“Loving each other doesn’t have anything to do with politics anyway,” said Klaus-Hubert Fugger, a west German, 43, married to a woman from the east. Katrin Roller, 47, from the western city of Ulm, said that when she met her east German husband 12 years ago, she felt as if they were from different countries despite their common language and professions as historians.

“It was still exotic to bring an eastern German into my circle of friends. I felt like a real pioneer,” she said. “But today it isn’t exotic anymore.” She admits, though, that some cultural differences persist. For one, she says her husband, also 47, “can’t throw anything away”—a trait she attributes to the deprivations of communism.

Florian Klampfer, a Berlin therapist, said that when he began counseling couples 12 years ago, east-west identity was an issue that often came up immediately. Not so today. “People at that time were still very much involved in the former worlds that they grew up in—it was still very fresh,” Klampfer said. “It has really changed a lot 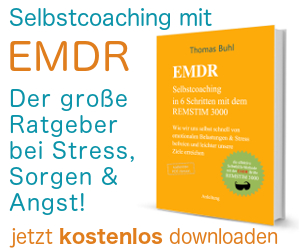